Our Workshops are now open and we are manufacturing all our products again.
We would love to hear from you

About
The design allows the target to be hit by a tennis ball and with the clip system falls, however the clip is sufficently stiff enough to withstand a high wind.

How do you play it?
Two bending poles will be placed 1 metre apart, 3 metres beyond the Changeover Line. On top of each pole will be a sleeved circular target. A bucket with 12 tennis balls will be placed on the Changeover Line. Numbers One and Two will form up, on foot, behind the Start Line with one pony. Number one may hold the pony on any side and Number Two will stand on the opposite side (each facing forward).

On the signal to start, Number Two mounts the pony before crossing the Start Line. Number One then leads the pony across the Centre line and waits holding the pony. Number Two dismounts and runs to the bucket. From behind the Changeover line, the balls are thrown at a target until it falls over. Number Two then runs back to take hold of the pony and Number One mounts before re-crossing the Centre Line. Number Two then leads the pony back over the Finish Line. Riders Number Three and Four complete the race repeating the actions of riders One and Two.

If a team runs out of balls, the Member concerned must run forward with the bucket to collect them and then continue the race from behind the Changeover line as before. Ponies must be lead by the nearer rein throughout.

We work with a third party Equestrian Finance Company, who can arrange finance packages for all our products.
Please contact us if you would like us to pass on your details to them. 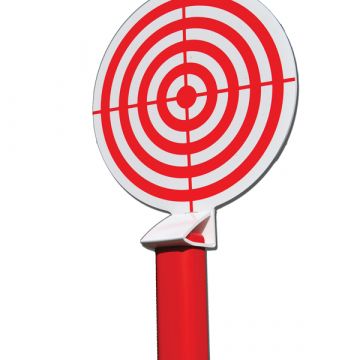 © Countryside Equestrian
Keep in touch with us!

The item you selected have been added to cart. These items below have been hand-picked to compliment your item.

Items have been added successfully.